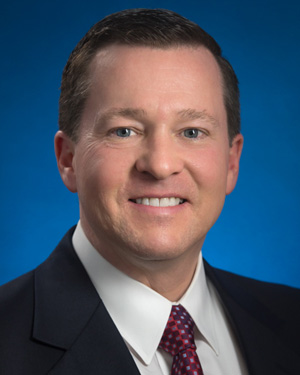 His love of the law and pervasive desire to produce winning results for his clients are steady characteristics of his practice.

Bill is widely known and recognized for his instincts and unique insight in how to effectively and efficiently solve client problems.  He is known as the lawyer at the negotiation table who will go the distance. Whether in an arbitration proceeding or a lawsuit, he consistently delivers excellent results.  In recognition of his skill and commitment to excellence, he has been retained by some of the world’s largest, and most successful, publicly traded corporations in commercial litigation cases, as well as by lawyers as clients.  He conscientiously also represented some of the poorest and most economically disadvantaged members of society. All of his clients are important.

Bill has tried a variety of cases to conclusion, both by jury verdict and bench decision.  He has successfully litigated cases concerning a multitude of subject areas including complex medical negligence cases and wrongful death, stock valuation proceedings, shareholder, business litigation including business and partner disputes, trust and estate litigation cases including will and trust contests, patent and trademark work as well as cases concerning protected apple varieties, music, designs and logos and complex product liability cases involving products such as commercial pumps, automobiles and wire rope, among others.

Over the years, Bill has gained a reputation as being firm, but fair, in his approach toward solving legal problems.

He is recognized as a leader in the practice areas of trust and estate litigation.  He has successfully handled many cases involving objections to wills and trusts. He has also successfully represented one of the region’s leading hospitals in connection with its charitable relationships and complicated litigation arising out of State regulation of health care.

In his business litigation practice, issues litigated often relate to valuation of shares of stock in corporations, partnerships, interests in closely held family businesses, and division and valuation of complex equipment and large amounts of land.

He has a significant amount of experience in business matters, contractual interference, breaches of fiduciary duty, and employment related subjects including employee dishonesty, harassment, terminations and matters involving covenants not to compete and confidentiality/non-disclosure prohibitions.

Bill is married to Laurie Keniry, who is a tax attorney.  They have two daughters. As a family they are very active in many community, civic, political and charitable concerns.  They are also avid skiers and often can be found on Saratoga Lake, in a stream or on snow covered mountains.

Members of the Committee on Character and Fitness are appointed by the Justices of the Supreme Court, Appellate Division Third Judicial Department. The Committee investigates the character and fitness of applicants for admission to the practice of law in the State of New York.

Membership as Fellow is recognition of professional distinction at the Bar of New York State and constitutes a professional honor. Election as a member of the Fellows of the New York Bar Foundation acknowledge outstanding professional achievement, dedication to the profession and commitment to the bar.

The affairs of the Foundation are managed by a Board of twenty-five Directors who are elected by the members.