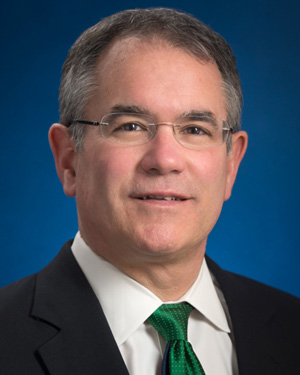 Fordham University School of Law welcomed Mr. Ryan in 1979. He graduated from this premier law school in 1982 and was the recipient of the Ahearn Scholarship during his senior year there. After graduation from Fordham University School of Law he returned to Albany, New York where he initially became associated with the law firm of Tabner and Carlson, a predecessor to the firm, Tabner, Ryan & Keniry, LLP. He has remained with that law firm since 1982 and is now Senior Partner.

His areas of practice include Education Law, representing school districts throughout the Capital District region and as far north as Lake George, New York; representing plaintiffs in personal injury litigation; municipal services defense primarily in the practice area of tax certiorari litigation defending towns; establishing water and sewer districts for those towns wishing to provide municipal water and sewer to their constituents; and commercial litigation.  In addition, Mr. Ryan is counsel to the New York State Association of School Business Officials.

Mr. Ryan has attained notable accomplishments, securing multiple recoveries for plaintiffs in excess of $1,000,000. Recent successes include two wrongful death cases with recoveries in the amounts of $925,000.00 and $600,000.00, and a successful municipal services defense of the Town of Ulster of its tax assessment on an industrial parcel of real property.

In addition to his employment, Mr. Ryan is also involved in the community.  A former Trustee for the Albany Public Library, Mr. Ryan now serves on the Board of Directors for the Police Athletic League in Albany, New York; the Finance Committee for the Church of All Saints; and is a Trustee of the Albany Institute of History and Art.  Mr. Ryan volunteers as a Eucharistic Minister at the Church of All Saints and at St. Peter’s Hospital.

Members of the Committee on Professional Standards are appointed by the Justices of the Supreme Court, Appellate Division Third Judicial Department.

Members of the Committee on Character and Fitness are appointed by the Justices of the Supreme Court, Appellate Division Third Judicial Department. The committee investigates the character and fitness of applicants for admission to the practice of law in the State of New York.

Albany Institute of History and Art
Member, Board of Trustees

Albany Public Library Board of Trustees (Past member)

Finance Committee, Church of All Saints